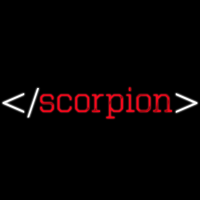 Word is out that CBS has cancelled Scorpion after four seasons on the air. Star Katharine McPhee confirmed the news on her Twitter account this morning, thanking her cast mates and crew for her time on the show.

The action drama, which follows a group of geniuses helping to solve high-priority crimes, was a decent performer for the bulk of its run. Its most-recent season saw a significant downturn in viewership, however, making today's cancellation somewhat expected.

thank you so much to @CBS for this journey, to my awesome cast mates and crew whom I learned from every day and to all the wonderful @ScorpionCBS fans for being so passionate about what we created. we’ll always be a family. #TeamScorpion pic.twitter.com/ylAMMakQbT