'The Last Ship' To End With Season 5 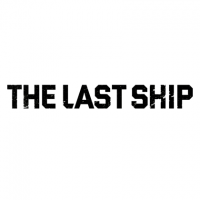 It is being reported that The Last Ship will conclude after its upcoming fifth season. The news, while surely disappointing to fans, at least gives those awaiting the show's fate an update on its status. It has been more than a year-and-a-half since the show was last picked up for Seasons 4 and 5 within a one-month span.

TNT's move to end the veteran series was somewhat expected, as those close to the show appear to have known its fate for some time. The most-telling info came last fall from Travis Van Winkle, who plays Danny, when he posted a since-deleted message on his Instagram account referring to a "series wrap".

While today's news is surely sad for The Last Ship's loyal fans, they can at least take solace that the show will get a satisyfing conclusion to its storyline, as its impending end was clearly known well ahead of time.

Look for the final season to premiere later this year.