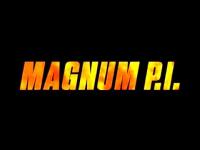 It is being reported that Magnum P.I. has been added to the list of new shows to receive a full season order from CBS. The network has topped up its freshman run with an unspecified number of episodes, said to be somewhere in the range of seven.

The new series, which is an updated take on the classic 1980s action drama, premiered in late September and has been a decent performer on Monday nights through its first four episodes. Critical reception has been mixed, with some reviewers unsure of its ability to live up to its source material.

Magnum P.I. follows security consultant Thomas Magnum, who works as a private investigator in Hawaii making a name for himself by taking cases nobody else will. Along with help from a team of fellow vets, Magnum utilizes his military skills to make a name for himself while on all sorts of sun-drenched adventures.

Get ready for more Magnum Mondays, because #MagnumPI was picked up for a full season! pic.twitter.com/vUiEG0mnTi