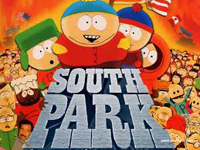 South Park, cable’s longest-running animated series up-to-date, is headed for the 20-season mark. Matt Stone and Trey Parker , the creators of this comedy, have closed a new deal with Comedy Central for three more seasons. The deal will keep the series on running through 2016, extending its run to 20 seasons.

“The collective genius of Matt and Trey knows no bounds,” Comedy Central’s president Michele Ganeless said. “Week after week and season after season they continue to surprise and delight South Park fans, and that includes all of us here at Comedy Central. We’re thrilled that the adventures of Stan, Kyle, Kenny and Cartman will continue through 2016.”