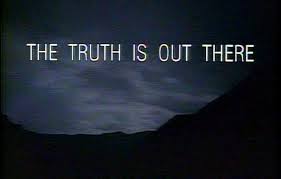 The X-Files is an American science fiction horror drama television series created by Chris Carter. The program originally aired from September 10, 1993 to May 19, 2002 on Fox, spanning nine seasons and 202 episodes. The series began as an oddity in 1993 but became a phenomenon, running until 2002 and proving that the audience was out there for smart science fiction, horror and other genre fare. (There were movies in 1998 and 2008.) “The X-Files” became, for a time, Fox’s highest rated show, topping out as the 11th most watched series on television in its 1997-98 season. It also won 16 Emmy Awards, five Golden Globes and a Peabody Award.

The impending six-episode event will be present-set, contemporary. In other words, situations will be set in the time and place that they exist. Contemporary stories will be told about contemporary situations, true to Mulder and Scully’s characters and their relationship and the passage of time. Production on “The X-Files” event series is set to begin this summer in Vancouver.