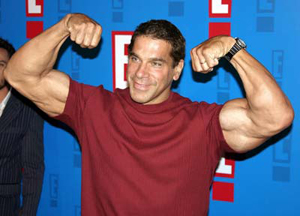 The Bodybuilder, actor and the original "Incredible Hulk", Lou Ferrigno turned 60 today (Wednesday, Nov. 9, 2011). Let us all wish him 'Happy Birthday' before he gets too angry!!!

Ferrigno became a star for his work as Bruce Banner's angry, green alter-ego on the TV series "The Incredible Hulk". The popular show ran from 1977-82 and totaled 82 episodes. He earned the title of Mr. Universe twice in the 70's during the bodybuilding craze.